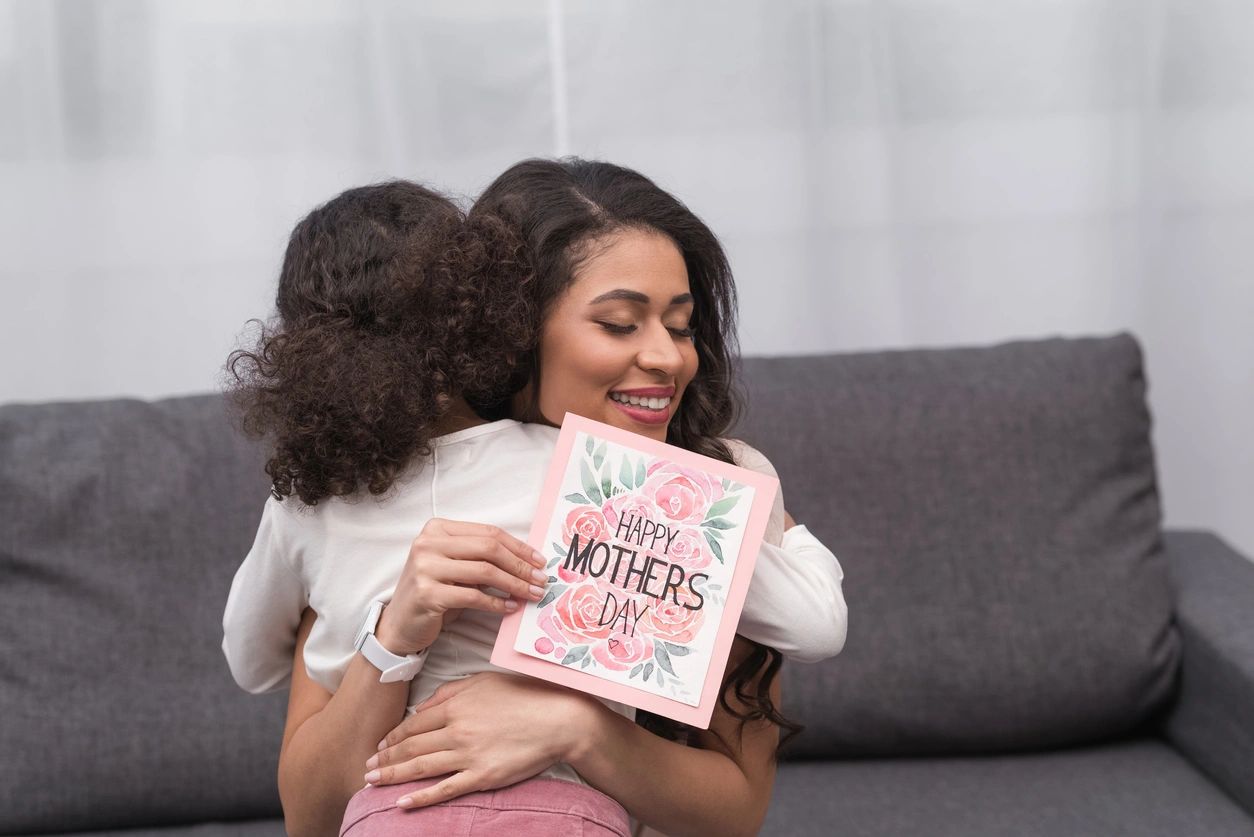 Celebrate the woman who raised you!

"A Mother holds her children's hands for a while, but their hearts forever."

This is the day to appreciate her.

Ask Her What SHE Wants

Give Her Favorite Foods

Join Her In Her Interest

Spend Time With Her

Attend Church With Her

When you can't be together

When circumstances prevent gathering, there are always ways for celebrating mother's day and letting mom know you are thinking of her!  Mailing and social media open the doors to communication and sharing.  While it is not a good substitute for a good "old fashioned" party, the purpose is served, and memories are still being made!  There are no rules for creating a unique way to celebrate any occasion, nor are there any rules for the timeline to do so.  All of the ideas listed above for creating a party may not be feasible during this time of Covid-19, but I hope you are inspired by some of the thoughts on gifts for mom and traditions to make your mothers day party fly!

"She is the woman who dried my tears, made me laugh and chased away my fears.  She hugged me tight when she kissed me good-night, tucking me in to be sure I was alright.  She held my hand as I learned to walk, and understood me when I was learning to talk.  She carried me around when I was small, and carries my burdens whenever they fall.  This woman  cheers me on and pushes me through,  celebrates me in whatever I do.   She is a woman like no other.  She gave me life, my beautiful mother."- Sandy - 2020

Coincidentally, my paternal grandmother's name was Anna Jarvis.  It was another woman by that same name who founded Mother's Day in the United States!  In the early 1900's,  Anna Jarvis made efforts to officially honor Mothers for the love and sacrifices they made for their children.  The idea was conceived after her mother's death in 1905.  By 1908, the  day of celebration for Mothers began!  Ironically, Anna Jarvis remained unmarried and childless her entire life.  But by 1920,  Celebrating Mother's Day had become so commercialized that it's founder tried to urge people to stop, as she was disgusted by the profiteers.  That obviously did not happen.

How we now spend Mother's Day is a matter of tradition within a family.  While there are many gifts for mom, including flowers and cards to express one's love for their mother, there are many other ways for celebrating mother's day.  The goal of the day is to let mothers everywhere know that they are appreciated and loved.  A mother sacrifices for their child willingly, and their child's happiness and well being are their own reward.  However, mothers day is a way to let her know that the love she has  shown has not gone unnoticed.

The best way to let a Mother have a remarkable day is to give her the day off!  Let her have a day to relax and reflect.  A very typical start to this day might be breakfast in bed, or a special brunch.  Spending time to make that happen will definitely let her know that she is loved!    Honor thy mother is not only one of the ten commandments, but is respect well deserved.

There are many women who should be honored on Mother's Day!  A mother is defined as a woman  who gives birth, which is a biological mother.  Everyone has one.  However, many circumstances come to pass that another person has taken on the role of "mothering".  Due to adoptions, deaths, marriages, divorces, friendships, and  other issues, a woman who has nurtured the upbringing, made sacrifices for the well-being, or has held a place in a person's life as  a mother figure is also defined as a Mother.  Countless mothers, grandmothers, step-mothers, adoptive mothers, and "like-a-mother"s are honored to be recognized on this day.

The second Sunday in May is reserved to honor the maternal bonds in our society.  It is not a Federal holiday, but a social one.  It is also a day to honor the memory of mothers and grandmothers who have passed on.  It is good to remenise and share the legacy of love that has been left behind.  A mother's love never ends, as it is forever a footprint on our soul.