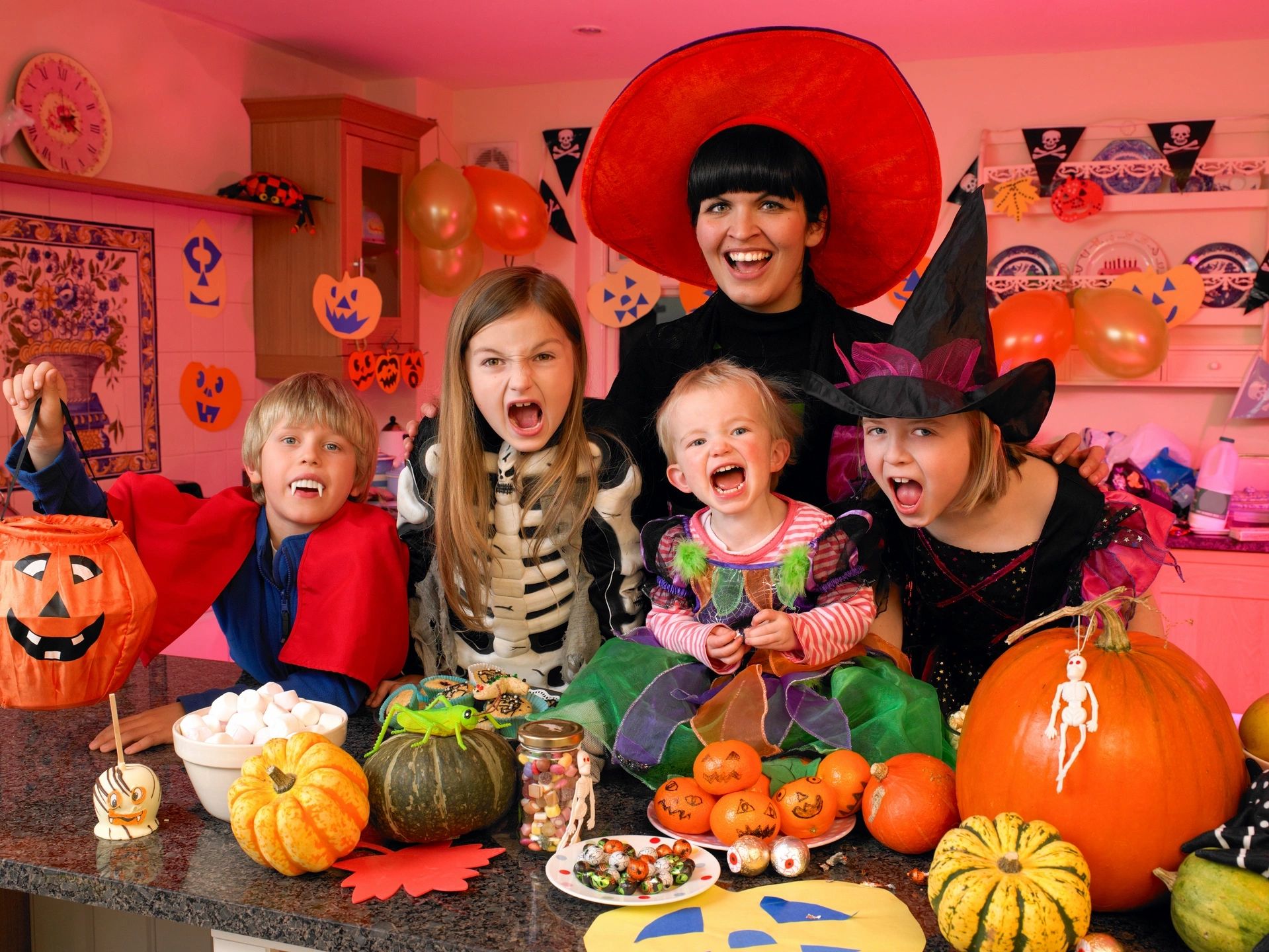 When a kid (or an adult) can choose to be ANYTHING, for one day!  Classic fun to dress up, today's celebrations are all about the costumes, decorations and, of course,  the treats!

Pin the wart on the witch

Glow In The Dark Accessories

In Pre-Christian times, Halloween began as "All Hallows Eve", which was celebrated in the ancient Celtic festival of Samhain.  People would light bonfires and pay homage to the dead, as it was believed that the dead would return to earth on this night.  Villager donned animal skins as costumes to drive away these visitors, and they would set tables with prepared foods to satisfy unwelcome spirits.

Fast forward about 2000 years.  Halloween traditions and beliefs changed.  In the 1800's, immigrants brought their traditions with them.  All Hallow's Eve was replaced with "play parties" to celebrate the harvest with costumes and stories, and was called Halloween.  Costumed children would ask neighbors for food in exchange for a song or other "trick".  This practice evolved to tricksters "pranking" their neighbor, if treats were not collected.   "Trick-or-Treating" evolved to our current tradition of collecting candy and treats, as candy companies began to create special Halloween candies.

Pumpkins and other large vegetables were used to carve faces to scare away ghostly spirits.  The story of Stingy Jack was a twisted tale, that folklore lent itself to townspeople calling their vegetable face carvings "Jack".  It was said that "Jack" put a burning coal inside a carved-out turnip to light his way, thereby creating the name "Jack-O-Lantern" in referance to today's traditional lighted pumpkins.

Witches were not always considered "bad".  In Ancient times, the Celts looked to "witches" for wisdom and medicine.  When Celt and Catholic belief systems meshed, "Witches" were blamed for turning people into animals (such as black cats).  Witch hysteria began in the 1400's, cumulating in the late 1600's with the Salem witch trials.  Tales of the imagination to invoke wonderment and fear began to include witches, ghosts, goblins, monsters, dangerous animals, told and retold through generations as part of the mystique surrounding Halloween.

Today, Halloween no longer exists as a harvest celebration, nor to scare away ghosts!  The holiday now represents a time when a person, young or old, can be someone or something else for a day!  Choosing a costume is about a big "dress up" party, which leads to a bag full of treats!  Many traditions, such as carving pumpkins, have evolved into art forms, and family projects.  Decorations and decorations are meant to delight!  The custom of trick-or-treating is a civilized ritual, bringing young and old together.  Scary stories are retold to amuse, and happy twists have been integrated for the smiles and joy they bring.  And we may still fill a table with food, but the cookies and cakes are gobbled up by our own Fairy Princess's, Baby Tigers, and Future Firemen!   Don't forget your glowsticks!